Football, having been the world’s most popular sport for well over a century, has seen more than its fair share of human tragedies. It has claimed “innocent victims in its hellish fires, tragic crushes, and vicious little knife fights.”  Entire teams have perished, dying in horrific plane crashes and taking the hopes and dreams of a city or country with them. Café Futebol hopes to highlight the disastrous consequences of gross negligence on the part of the establishment. 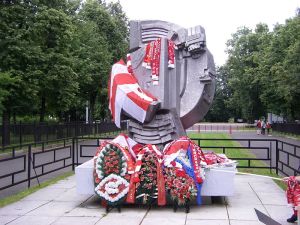 Ever since 25 people lost their lives at Ibrox stadium in Glasgow when the West Stand collapsed during a match between Scotland and England in 1902, the history of football has been plagued by all manners of stadium disasters. All around the world, from Nepal to Buenos Aires, from Johannesburg to Sheffield, fans have gone to see a game of football and did not come back. Some of the more prominent of these catastrophes are household names to even the casual fan; the Heysel disaster was the catalyst for the banishment of English clubs from European competition, while the victims of the Hillsborough disaster have only recently been vindicated and absolved of the vile allegations brought upon them by The Sun.  The Luzhniki Disaster of 1982 in Moscow is not one such household name; for nearly a decade, in fact, even Soviet citizens were unaware that something dreadful had occurred at the stadium on October 20 of that year. It was not until the reforms of Gorbachev that the press began to report on the disaster and the people learned the truth, or as close to the truth as was possible to obtain so many years removed from the tragedy… [Continue Reading]